You might come across the term HEPA filter on the packaging of a range of products – from vacuum cleaners to air purifiers.

However, it might not be clear that that actually means, and you may find yourself asking what is a HEPA filter?

HEPA filtration is actually a very useful and important aspect of many products, especially for those who suffer with asthma and other allergies.

In this guide, we take you through not only what a HEPA filter is, but also how they work and the benefits that they offer to those with respiratory complaints.

What Does HEPA Stand for?

HEPA stands for High Efficiency Particulate Air, which is actually quite a concise summary for what this nifty device does. 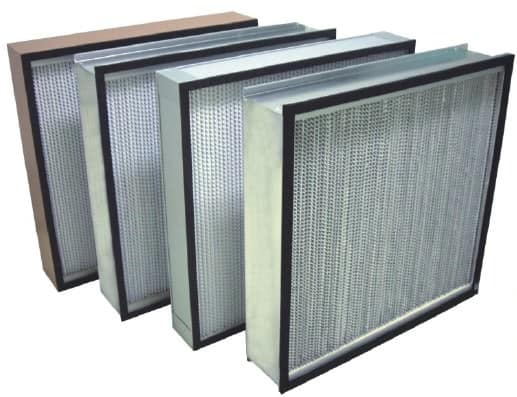 What is a HEPA Filter?

It is a type of filter (often found in vacuum cleaners and air purifiers) that traps dust particles and other microbes when in use.

Without the filter, these would ordinarily be recirculated into your home, which means that the triggers for allergic or asthmatic reactions are just being pushed back into the air.

It was actually originally invented to remove dangerous radioactive particles by the nuclear companies to make cleaning up easier. Thankfully, however, it is primarily used in the home and work place to remove dust and other allergens from the air.

This means that it was created by the Manhattan Project, but the ones we used today were initially developed in Germany by the Hammes brothers.

These were used to reduce the amount of soot particles produced by coal stoves. It was then later developed by de Baun in 1966, and it is these filters that we use today.

How Does a HEPA Filter Work?

In many ways, the HEPA filter is a lot like a sieve. It is filled with tiny holes that capture microscopic pieces of bacteria and debris from the air, keeping them stuck in the filter so that only clean air can pass through.

They are different from the conventional vacuum filters, as those use filters with larger holes that only capture chunky pieces of debris. This is where the HEPA filter comes in.

It has an outer filter that works to stop and trap the larger particles of dust and other allergens, before the air reaches a second layer that captures the smaller and more microscopic pieces.

The second layer is made from glass fibre and doesn’t work like a sieve as most filters do.

It instead uses a combination of three mechanisms to capture the particles as they attempt to move past. Plus, at low and high speeds, the particles are still trapped in the filter. 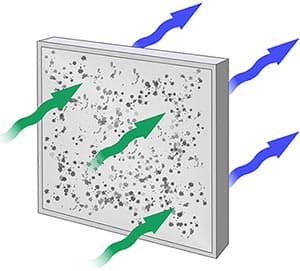 A true HEPA filter is one that can capture 99.97% of dust particles and other microbes in the air.

Plus, they are much more hygienic than ordinary filters as they are able to stop mould spores as well as some bacteria and viruses.

There are three levels of efficiency that can be found in HEPA filters, and these are those that are able to capture 95%, 99% and 99.97% of the items in the air.

They can also be labelled from A to E depending on how efficient they are at capturing particles and resisting airflow.

A are the least effective, and E is the most (with this level usually being military grade with resistance to everything from biological entities to radioactive ones).

How They Can Help

HEPA filters can be incredibly helpful for those who suffer from allergies, asthma, and other respiratory conditions that may leave them suffering if they come into contact with dust or other allergens.

As a result, vacuuming can become very difficult as many of them will just push the triggering particles back out when in use.

A vacuum cleaner with a HEPA filter means that those who are suffering from these conditions will be able to vacuum with a much lower risk of developing a reaction.

Aside from being used in vacuum cleaners, they are also used in air purifiers to help air become cleaner and more breathable by capturing the particles – a huge help for sufferers everywhere.

Is it Worth it?

Quite a few complain that HEPA filters are often a little more expensive than the basic ones, but this is because they offer so much more.

For those who are suffering with respiratory issues, the HEPA filter can be a literal life saver, but also allows those suffering to take part in the housework themselves rather than relying on others.

Even if you do not have a health issue, everyone can benefit from cleaner and purer air. Whether you need a vacuum or an air purifier, it is worth every penny spent for cleaner and fresher air in your home.

Plus, they often last for quite some time before they need to be replaced. They work, they are efficient, and the HEPA filter is certainly worth the extra money.