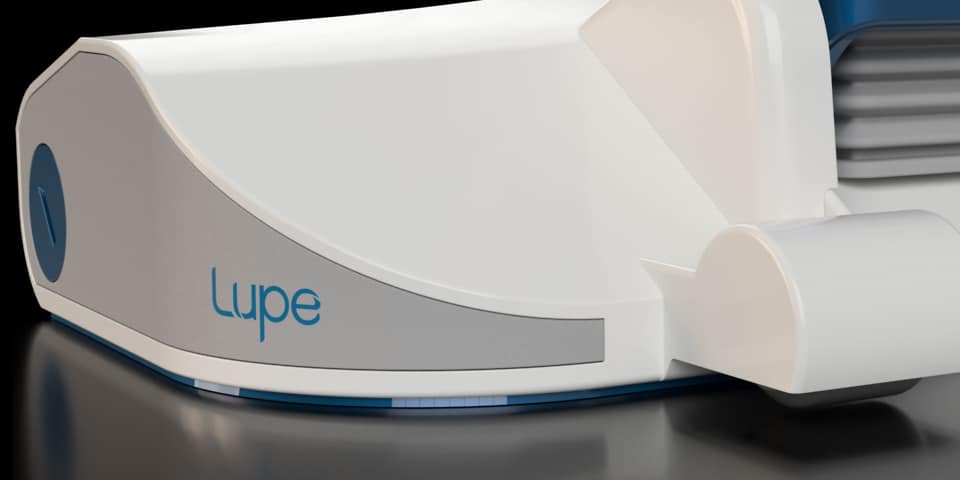 What happens when two ex-Dyson engineers get together? They form a new company called Lupe in Wiltshire. Yes, it’s true, and the internet is buzzing with news about their revolutionary new vacuum cleaner, the Lupe One, which is set for release late 2018.

Aside from its very stylish and modern design, what about the Lupe One makes it so special? One of the main claims is that the One will be able to remove 100% of dust, which is a massive increase from the 60% that leading competitors currently provide. It also features an interchangeable motor and battery packs, allowing for upgrades as the model evolves over time – something that no one else has tried before.

The creators of the Lupe One also state that they will ensure the vacuum has a very low level of noise, brilliant dirt removal from all floor types, unrivalled filtration systems, and a long running time with no compromise. They aim for it to be the best on the market, and we are excited to see if their ambitions become a reality.

The Lupe One was unveiled at IFA in Berlin at the start of September this year, and it certainly gained a lot of attention. While we still don’t know everything, the machine’s powerful suction was demonstrated on a number of different surfaces, and a run time of 60 minutes was revealed – meaning that you will be able to give your entire home a thorough clean.

While the release date has already been set for sometime late in 2018, one thing that we have not heard confirmation of is the price. At the moment, the Lupe One creators have said that it will be cheaper than a Dyson but more expensive than a Gtech. We’ll just have to wait and see how much it costs when it’s finally released.